This week, with the end of my current gym contract approaching, and with my life in complete disarray due to a crippling quarter-life crisis sparked by a trip back to college…

…wait, where was I going with this?

Oh yeah–> my gym contract is expiring soon, so I decided to check out Equinox to see if it lives up to the hype…and the price.

So I’m going give a quick overview of Equinox for those who don’t know, and then get into my evaluation on the gym’s various aspects.

I know that people don’t really read intros these days and instead scan the page for bold headings, so I’ll cut this part short and get right into it:

Equinox is the most popular “luxury gym” in America.

…although, the phrase “luxury gym” makes about as much sense to me as “luxury DMV”, but whatever.

To get a clear mental image, think of Equinox as the polar opposite of Planet Fitness.

It’s expensive, exclusive, sleek, everyone is pretty (or rich, at least),  and I’m pretty sure it won’t be giving out pizza anytime soon. 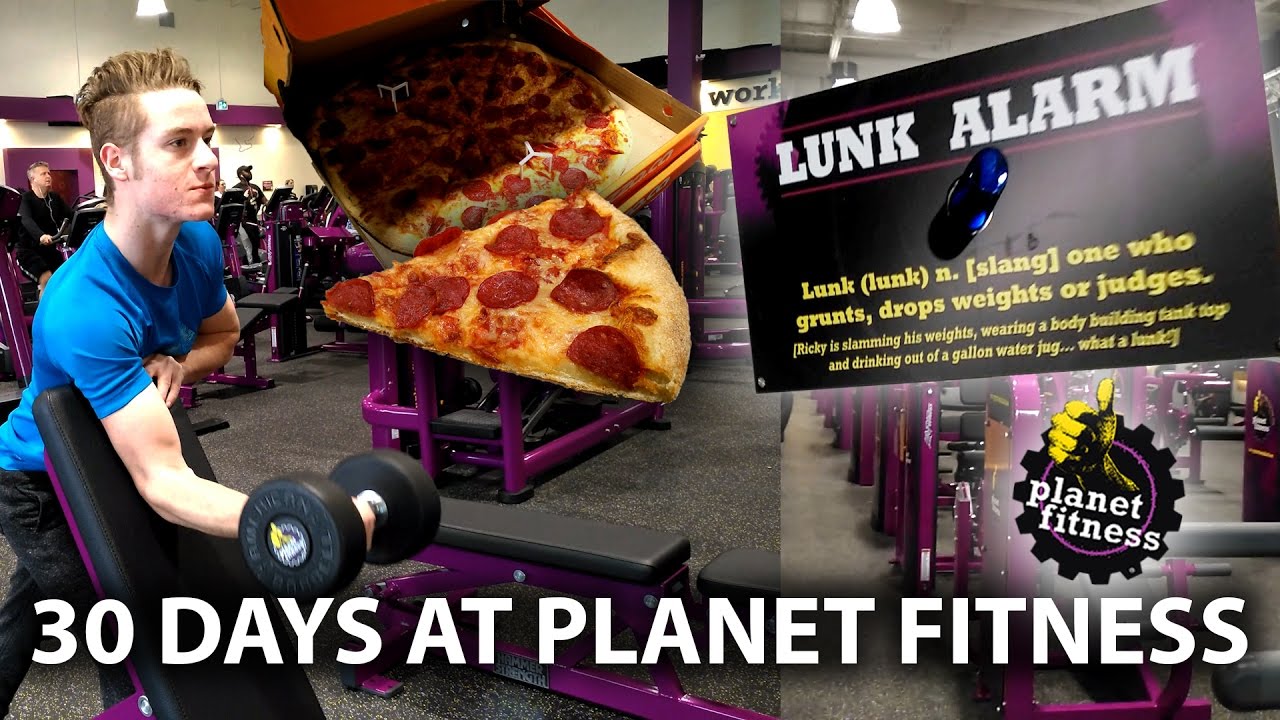 Equinox tries to justify its astronomical price by labeling itself as not just a gym, but a “way of life”.

The marketing is full of generic buzzwords like “luxury”, “first class, “unparalleled”, and other immeasurable terms that are used to mask the fact that it’s still a place where people sweat profusely and shower near strangers.

Equinox’s ads also feature some of the most hilariously awkward photos of beautiful people that I’ve ever seen. 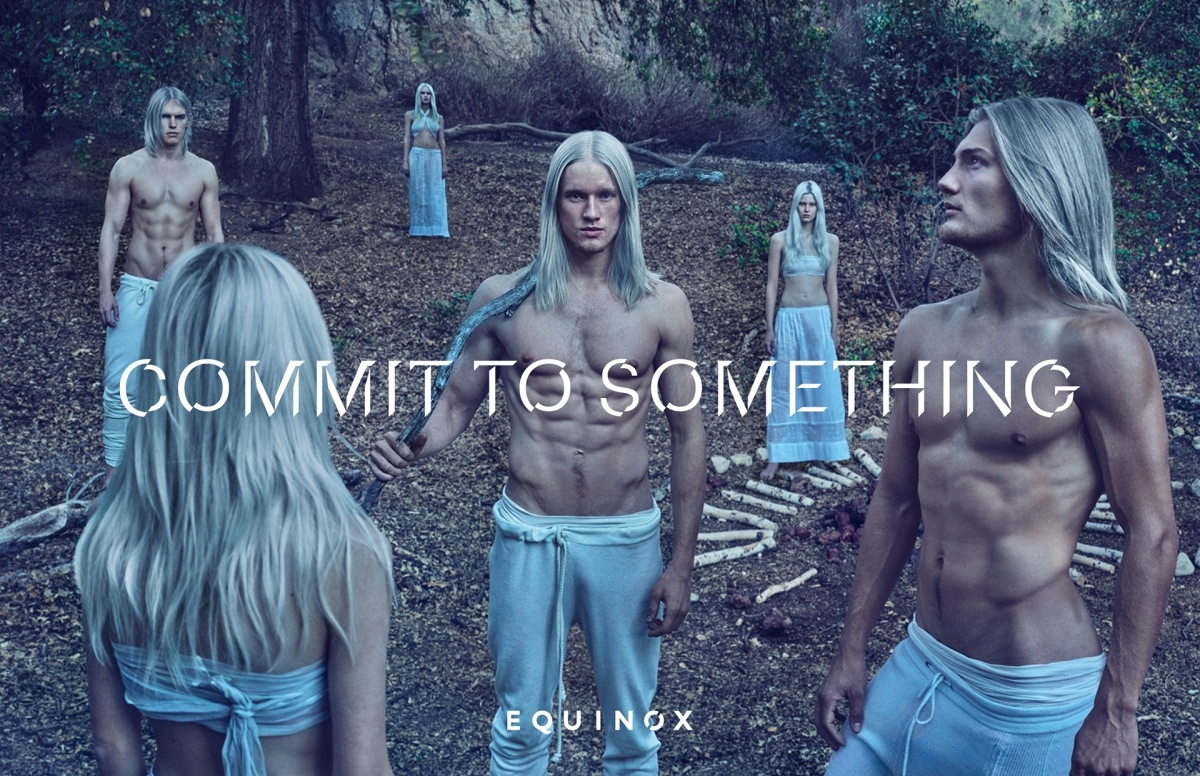 This photo would only ever work on a Neo Nazi who happens to be a huge Lord of the Rings fan.

Which is why I chose to evaluate it, obviously.

So I signed up for a 3-day trial to see the facility for myself, and made sure to pay very close attention to everything while I did so.

The only issue is that it’s really hard for me to hide when I’m focusing, so I’m sure I creeped out some patrons there when they noticed this random Black fellow frantically darting his eyes all over the room.

For reference’s sake, the gym that I checked out is the Equinox Sports Club on Market Street in San Francisco.

To my knowledge, Equinox wasn’t that bad when it first opened up.

However, as it gained popularity, and people looked to use a gym membership to transcend socioeconomic status, the chain started gradually raising its rates in order to weed out plebeians.

And boy, has it worked.

As of now, here is the pricing for Equinox in Northern California:

I’m STILL clutching my pearls because of these prices.

You could lease a BMW 330 in San Francisco for the same monthly price…not that this would be a good investment either, but just wanted to give an example.

Here’s a few other things you could do with $225 a month:

Okay, that’s enough–> you get it, it’s expensive. 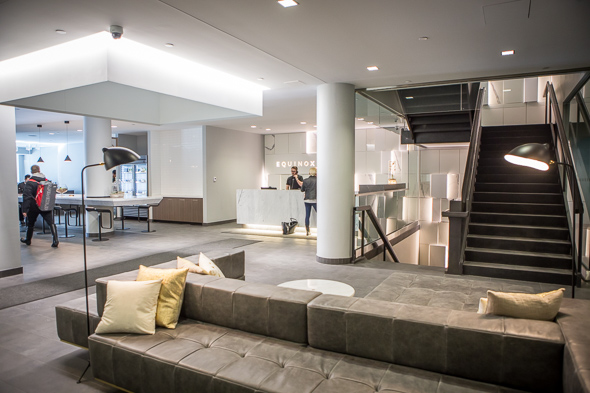 You feel like you’re walking around in a 4-star hotel more than a shitty gym. 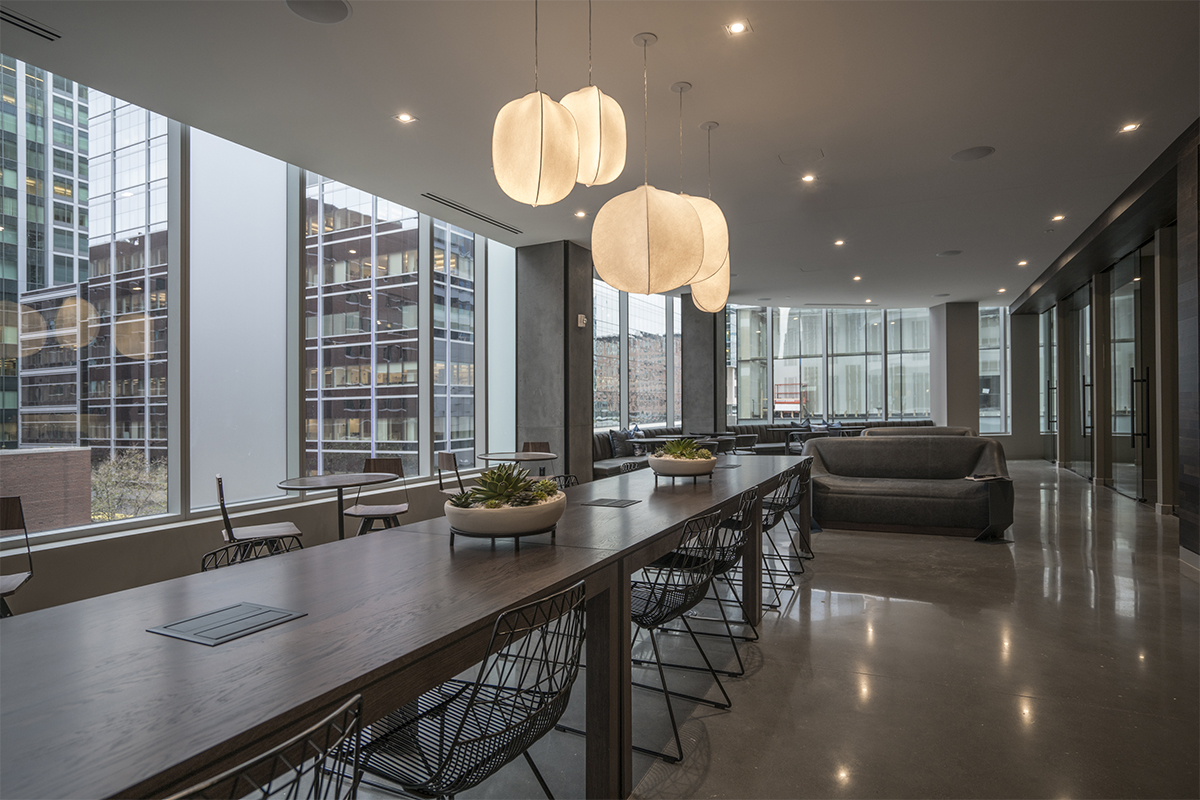 There’s a cafe/lounge area that’s large and has a great view of Market street at the location I was at.

There’s also a clothing shop, a barber, and a full spa…all of which cost more money, but they’re nice perks.

Most people like to talk about the bathrooms being a high point, and they absolutely are.

The lockers have locks built-in, so you don’t need to bring your own.

You have unlimited bath towels. 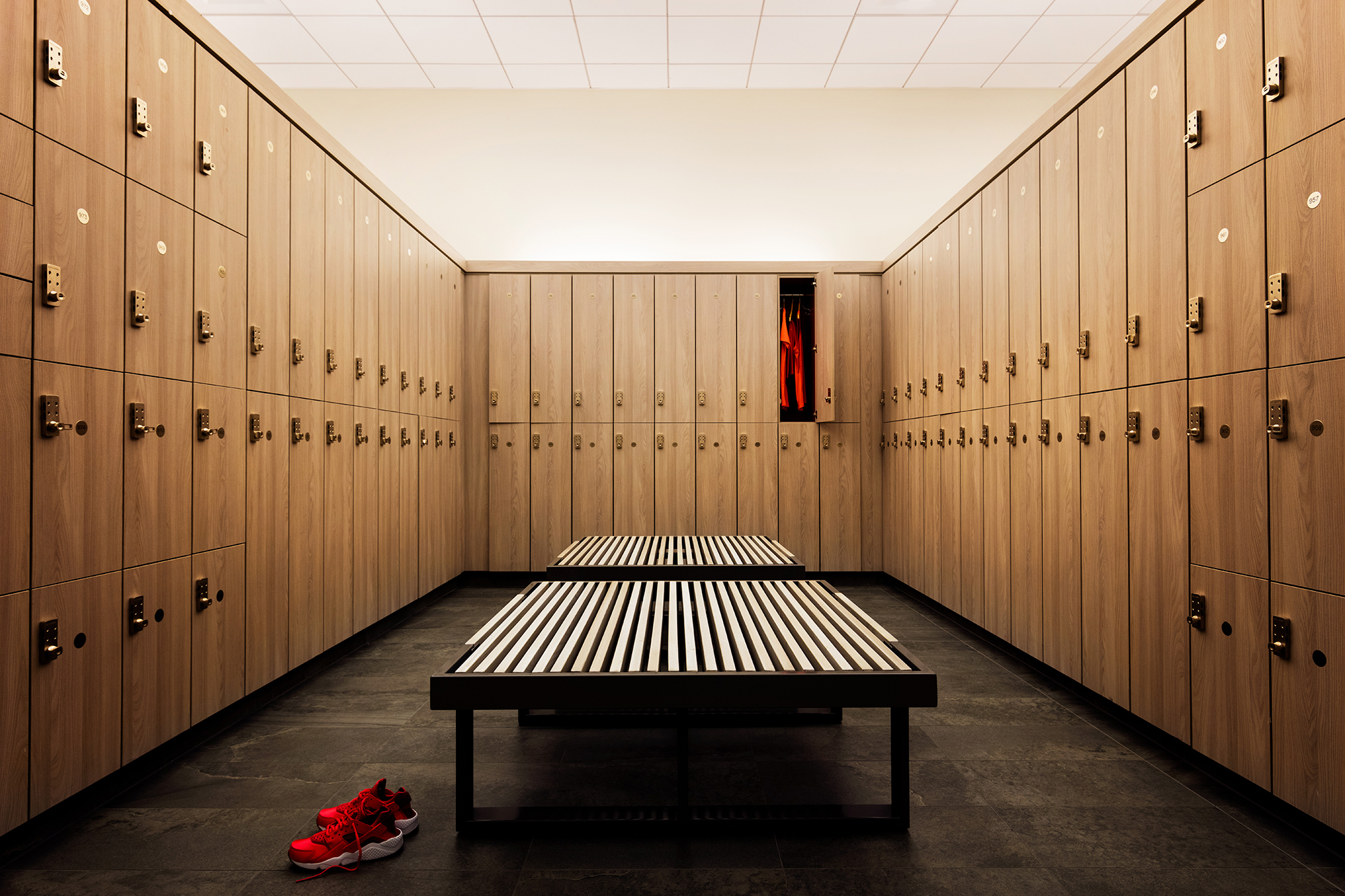 The showers have marble lining, and there’s a terrific amount of free toiletries including shaving cream, face wash, shampoo, conditioner, mouthwash, and even face cream.

The amount of showers is pretty limited though, and you’ll often times see a line to use one. That shouldn’t be an occurrence in a gym that’s over $200.

And while the extra toiletries are nice, my current gym has almost all of the same for 25% of the price.

But in general, it’s a really cool building, but your decision to pay for the membership shouldn’t hinge on cosmetic features.

Honestly, although the price is high (as I so eloquently illustrated), I would have still considered joining Equinox if the gym equipment there blew me away.

Well, it didn’t. It kind a just blew.

Don’t get me wrong: everything there was new, clean, and well-maintained (except for literally the first stationary bike I tried to ride, which was broken). I was expecting some space age, state-of-the-art type of shit like those zero-gravity treadmills or those stupid dumbbells that let you adjust the weight.

If you remove the fancy decor in the hallways and such, you probably wouldn’t be able to tell it apart from many other gyms.

The troubling part, however, wasn’t that it had the same type of equipment as other places, but rather the same amount of it.

Like, there were still only 2 or 3 bench presses, 2 (full) sets of dumbells, a TRX rack,  3 or 4 squat racks, and a bunch of random cardio machines.

For comparison, my current gym has all of the above as well, but I only pay around $65 per month for it.

To be fair, though, there are also some pretty cool things:

The eucalyptus towels that people always rave about lived up to the hype, but it’s still a fucking towel so it shouldn’t make or break your impression.

The floor is coated with super-absorbent  material, so you can do deadlifts and stuff wherever you want. However, this location’s weight room was still on the 3rd floor, so doing power cleans was discouraged.

Like, at all. So this definitely isn’t a place for powerlifters (thank God).

The floor coating also made the place insulated, so I was sweating way more than I normally do while doing my normal routine.

There’s an additional weight room downstairs in case the place gets packed, but it’s much smaller and limited than the main room.

At the end of the day, I’m kind of an old-school gym rat, so I don’t care what condition the weights are in. 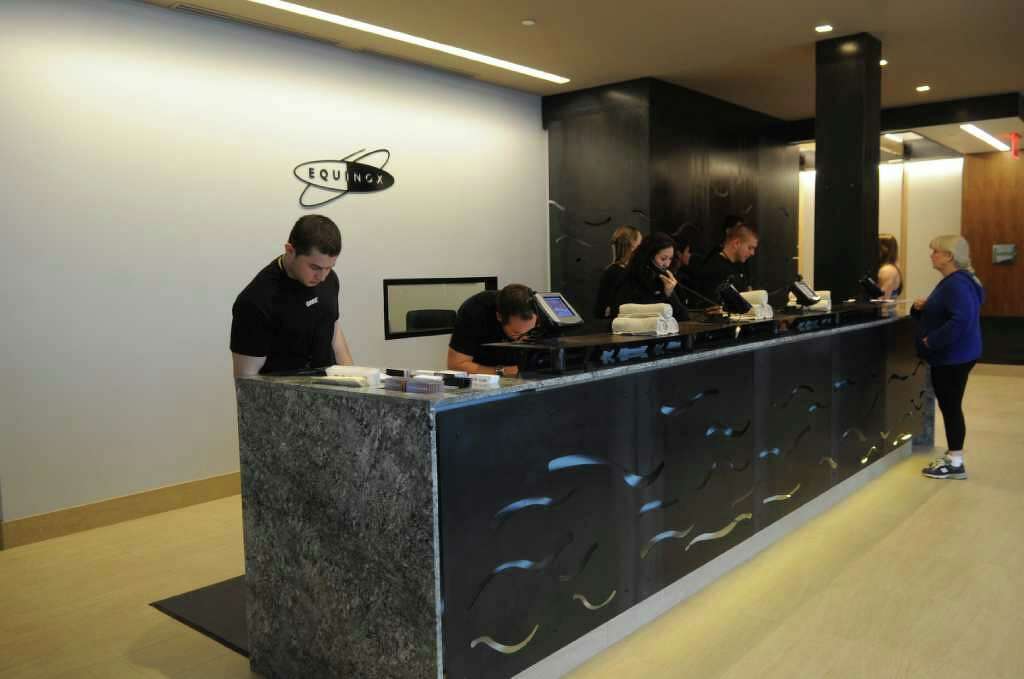 If you peruse the Yelp reviews, you’ll notice pretty quickly that most people complain about how rude the staff is.

And after experiencing it for myself, I can confirm this.

The front desk staff always had this stuck-up vibe to them. They never really looked me in the face, and just seemed annoyed at my existence in general.

I originally suspected that it had to do with me checking in with a guest pass, but the Yelp reviews I read were from regulars, so I guess they’re just jerks all the time.

However, the trainers there are actually pretty friendly…and very, VERY good-looking.

Like…the most attractive trainers I’ve ever seen in my life–> which I’m pretty sure is a deliberate tactic to get more people signed up for expensive private lessons. A prominent stereotype of Equinox is that it’s full of rich asshats who walk around like they’re too good for you and only pay for the gym so they have another reason to keep thinking that way.

Well, that’s basically what it is.

Nobody really acknowledges your existence, and if they do, it’s a quick gaze before looking away.

You just get this sense that everyone there thinks they’re the shit. But I’m not going to blame them for this. Odds are, that if they go to this gym, then they’re probably somebody noteworthy in their own circle.

I thought it was because I was only 1 of about 3 Black people in the place at any given time, but even the Black people gave off the same, cold vibe. It might have been even worse, too, because they were afraid of a younger person stealing their tokenism.

The demographics were White men aged 30-50, White & some Asian women who looked to be in their 30s, and me.

The people were pretty good looking and they were all adequately fit, but not outrageously so in either direction. Which is a real shame for me, because one of my hopes going there would be to bump into my future wife…or at least a sugar mama.

If I could sum it up, I would characterize the whole place as cold and stoic.

While I’m sure it goes away over time, I’m not going to lie and say that I didn’t feel like an imposter for being there.

And that’s not the kind of vibe you want from a place you’re supposed to be at often.

If there’s any main reason why Equinox is worth the price, it’s the classes.

I’m usually not into classes, because they’re usually crowded and last slightly too long for my liking.

But I was on the last day of my trial, so I decided to take a Yoga class to maximize the time I spent there.

The instructor was a slim French guy with a pretty noticeable accent.

It’s obviously okay that he had an accent, but it made things pretty tough for me since I never do Yoga and thus had a hard time understanding him explain things that I also didn’t understand.

That said, he was incredibly helpful and constantly checked on me to make sure I was doing things correctly.

I’m actually a bit bummed that I’m not going back, because he seemed pretty motivated to help me improve.

The people in the class were also surprisingly nice.

One of the men I was talking to afterwards seemed totally chill–> very unlike his demeanor when I walked in. I also saw one of the girls later on after the class, and she smiled and said hello.

I was too shy to start a conversation, so I basically missed that chance at finding a wife I mentioned earlier.

All in all, if every other class is the same as the Yoga class I took, then they’re clearly the best value at Equinox.

So, do I think that Equinox is worth the $225 per month price tag?

At least, not at this stage in my life.

Given my financial situation, career stage, and gym needs, paying for Equinox would only provide actual value to my ego.

The interaction with the man outside the Yoga class reminded me of how it could be a good networking platform, but I’m too young to have any actual clout and bring value to these relationships.

And even though they have cool networking events, I just don’t think I’m quite there yet in life to where I could go to one without feeling out of place.

I think if anyone around my age needs to strain in the slightest to pay for this gym, then they shouldn’t join. It’s just a place to lift weights and run on a hamster wheel, at the end of the day.

The money can be much better off in an index fund or going towards paying those fucking student loans.