If you’ve been on Instagram lately, or at a sporting event, or at an airport, or…pretty much anywhere, chances are that you’ve probably seen one of these ads:

These slick, simple, and oddly mysterious ads are from a company called “hims”, which started in 2018 as a subscription-based service for hair loss treatment.

Hair loss paranoia is actually a pretty relevant topic for me.

Around the time I graduated college (2015), I noticed that parts of my hairline were starting to thin out a bit. Naturally, being a 23 year-old fuckboy, I flipped out and started researching all the different ways to keep my hair.

After almost a year of dreading the bald life, I more or less just got over it and accepted my fate. I figured that if Jason Statham could still be a pretty attractive bald guy who’s under 6’0”, then all I’d need to do once I went bald is learn martial arts and acquire an English accent. 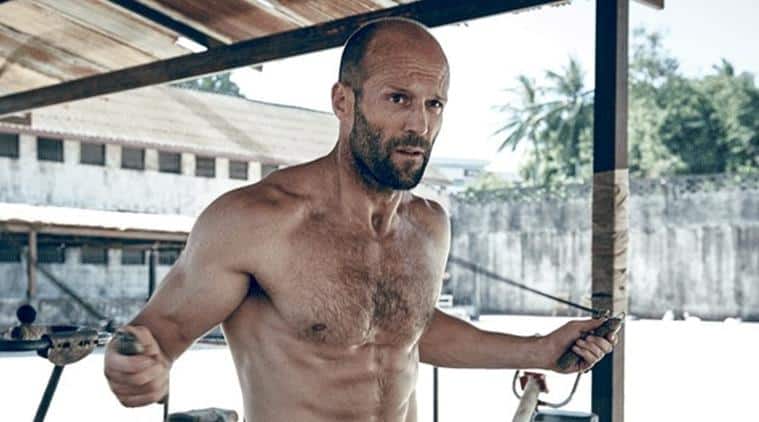 What’s odd about my story, though, is that I’m not quite sure if I was ever actually going bald. I noticed that after I stopped caring so much about losing my hair, I…well, stopped losing my hair.

It’s amazing what calming the hell down can do for your health.

I also started using Rogaine, but I’ll get to that later.

But the point of telling my story is that, whether I was actually balding or not, I was terrified at the mere idea of it.

And most males are.

For whatever reason, baldness is almost universally associated with a loss of vitality. Bald people are seen as old, unhealthy, or past their prime. In the eyes of society, baldness can only be saved if the person possesses some other above-average trait (The Rock’s height, Michael Jordan’s ability).

This, of course, is all complete nonsense, but in the same manner that other genetically-determined traits like height, foot size, and eye color can factor into someone’s attractiveness, so can hair.

So, you get the point. Guys are afraid of going bald, and hims was created to address such fear.

Pretty valiant cause, right? I mean, I guess, when you ignore the fact that promoting hair-loss treatment as a critical aspect of someone’s life only ends up making baldness look like more of a flaw to begin with, but whatever.

Also–> I’m fully aware that hims offers other products to treat things like ED. I’m a few years away from being able to relate to that , so I’ll save that review for later and focus on the hair products for now.

Let’s take a quick look at how hims operates, what their product exactly is, and whether it’s worth the price or not:

At a glance, hims is another entry in an increasingly annoying line of subscription-based package services.

You pick one of three packages that fits your needs (or individual products), put your credit card info down, and pay a recurring monthly charge as the products build up in your closet faster than you can unwrap most of them.

It’s similar to other services like Dollar Shave Club, Stance, Trunk Club, Soylent, and a slew of other companies who take advantage of the fact that you’re too lazy to go out and buy your own goddamn socks.

hims has one main package, and two smaller packages that each remove one item from the main set.

They offer each item individually, but it’s rather evident that the recommendation is to use several products at once.

However, after quickly looking over what the individual products were, I noticed something quite interesting..

What I noticed about the products offered by hims is that they’re all popular treatment methods that have already been widely available for years.

Almost all of the main ingredients in hims’ products are things that I learned about during my post-grad research.

Let’s go through all of them and see if previous counterparts already exist:

Minoxidil is a topical solution that you apply directly to the scalp. While it can help regrow hair in SOME occasions, its main use is to prevent any further loss.

That last part is really important. You’ll soon figure out that most hair-loss treatments are suited best for retaining hair rather than growing it back.

So, if you’re just about bald and are starting to consider topical treatments, it might already be too late.

Unless you’re willing to fork over thousands of dollars for a hair transplant.

Anyway, Minoxidil is nothing new. It’s been available since before I was born, but has just been marketed under a different name: 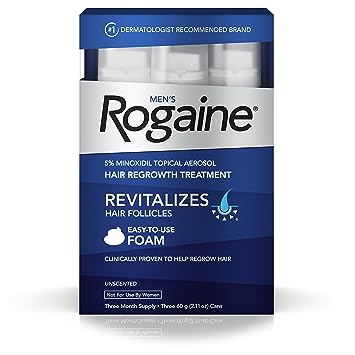 Yep. Rogaine is just Minoxidil in the form of foam or drops.

Results with Rogaine are actually quite favorable. Most people agree that, at worst, diligent use of Rogaine will at least slow down hair loss.

I actually still apply Rogaine to my hairline every day or so. It might be just for placebo purposes, but it’s a pretty inexpensive one.

hims offers 2 ounces of Minoxidil for $12. That’s actually a good price, since Rogaine starts at $20 for the same amount.

“The Vitamin” is mostly Vitamin B7, otherwise known as Biotin.

Biotin has been found to promote hair and nail growth. Also, since it’s a B Vitamin, it also helps with energy levels.

It’s also cheap. Really cheap. You can buy almost a year’s supply on Amazon for $16.

This is the most interesting thing that hims offers, since it’s usually only given to people by prescription.

Finasteride is a pill that studies have shown to encourage hair regrowth. It blocks DHT, which is a type of testosterone that causes men to start balding.

What hims unfortunately fails to mention, though, is that it’s also known to have some gnarly side effects.

So yeah, I think I’d rather just be bald than have to deal with all that shit.

I’m not sure how much Finasteride costs at a pharmacy, but I don’t think the costs are worth the potential benefit anyway.

The Shampoo is supposedly a DHT blocker that works like a regular shampoo.

I wasn’t aware of this type of product until I researched hims, but my quick research of it produced the same results as the other products: while studies have shown to support that it does work in slowing hair loss and re-growing new hair, there isn’t enough evidence to really point out whether it’s placebo or not.

So, do I think hims is worth it?

On one hand, it’s nice to confirm that all of the products that hims offers have been shown to at least kind of work with preventing hair loss.

There are plenty of studies out there on each ingredient, so at least we know that their hearts are in the right place.

However, we need to remember that the value of hims is really dependent on how much we care about going bald and (more importantly) how much we’re willing to spend to prevent it.

None of these products are permanent solutions by any means. You basically have to use them forever to maintain the results, and once you stop, then you’ll just start losing your hair again→ in some cases, at an even faster rate.

But I’m not naive either. I know that the thought of a guy being bald in his 20s can be pretty scary, and I completely understand if someone is doing what they can to slow down the process. Luckily for us, there are products that can help with that.

If you’re still curious to use hims, then I’d recommend you go for it but heavily consider skipping the Finasteride and Biotin.

You can buy Biotin wayyyy cheaper elsewhere. Finasteride might help regrow your hair, but as the potential cost of having a limp dick. It’s up to you.

In summary, hims actually left me with a more positive impression than I originally thought. It’s not perfect, and I’m still not sure that I completely recommend it, but it’s at least an aggressively marketed option towards guys who might feel like they don’t have any.

Now, if you excuse me, I need to go practice my martial arts and English accent.

Now to play us out, here are several songs by artists I’ve selected for absolutely no specific reason: