I saw this tweet recently, which said something along the lines of “2016 was a bad movie with a great soundtrack”. It was liked and retweeted a bunch of times, so it seems like a lot of people agree with this.

The main reason I think so is because 2016 lacked the foundation of any great year in music: Variety.

I can’t tell Drake’s songs “One Dance” and “Controlla” apart until the chorus.

One of my friends keeps confusing D.R.A.M. with Chance the Rapper, and I haven’t had the heart to tell her yet.

It took us all, like, 3 months to figure out “Panda” wasn’t by Future, but some guy named Desiigner. HOWEVER, some songs definitely caught my attention–which says a lot, given my rather abstruse taste in music.

These are not the BEST songs of 2016 (leave that to the whitewashed idiots at Rolling Stone), but my personal favorites.

The songs I liked the most in 2016 were those that were as unpredictable and comically erratic as the year itself–for better or worse. In other words (or, “basic af” terms), songs that were creative and unique.

Just as a reminder: This is a list of my favorite SINGLES from 2016. So, I apologize for not including Track 17 off Dickhead McGee’s independent album.

Alrighty. Let’s do this:

I would try to comment on this song’s thematic content, but I’m not a Black Woman, so it wasn’t meant for me.

And if you’re not a Black Woman, then the entire Lemonade album wasn’t meant for you.

Hopsin’s grown up a lot during his career, musically and (I’m assuming) as a person.

His beats are more accessible than ever (for better or worse), and his lyrics have gone from being outright bitter to cleverly subversive.

“False Advertisement” is Hop’s attack on women who use social media to manipulate men for personal gain. It seems to come from a personal place, but he expands the scope of his disapproval enough to cover the bases of most Instagram “models”.

Hopsin still has some work to do with choruses, but he’s definitely taking steps in the right direction to get the recognition his talent warrants.

No, your eyes (and ears, I guess) aren’t deceiving you: the baritone voice on track belongs to a 17 year-old Indonesian boy in a fanny pack.

Half of the fun is Rich Chigga’s counter-intuitive appearance, but the other half is his actual ability to rap.

His flow has serious precision, and he’s able to sidestep the pitfalls of many non-Black rappers→ “And you don’t wanna fuck with a Chigga like me”

Not bad for a kid who supposedly taught himself English.

….Oh, what was that? There are words during the verses, too?

I thought it was just filler to kill time between the choruses.

Speaking of which….I GOT TWO, PHONES.

Not that I don’t love how creative and technical those videos are, but their popularity caused this song to be known by most as “The Mannequin Challenge Song”.

If you can fight the urge to remain frozen mid-action, you’ll realize that this song is a nice change of pace from a duo known for their high-energy tracks.

While not quite the departure that “This Could Be US” (love that song), it was still….different. And different earns you major points in a year where nearly everything sounded the same.

As for the song title, we’ll let Kanye handle this one: “And what’s a black Beatle anyway? A fuckin’ roach?”

As great as this song is, you’ll love it even more when you figure out its inspiration.

This ASAP Mob flowfest is a homage to the crew’s creator, ASAP Yams (hence YAMborghini). Instead of adding to 2016’s desolation with a sad song, the New York crew turned their grief into a celebration of Yam’s life.

And if fucking “goes”, as the kids say.

I’ve liked A$AP Mob more and more over the years. This is because, while the Rap industry is currently in a rat race to sound as incomprehensible as possible, the crew has stuck to their guns.

This song invaded my central nervous system and forced me to dance like a puppet every time I heard it.

A hip-swinging, pelvic thrusting puppet (if those exist).

And if you’re a cement-hipped person who thinks they’re too cool to dance: I pity you, because this song will get you laid faster than 2 Buck Chuck at Trader Joe’s. Quite ironic for a song that’s about wanting a genuine connection with someone instead of just sex.

I wish Drake wasn’t on this song, because his Caribbean act is wearing a little thin these days. Rihanna can do it all day because, well, SHE’S CARIBBEAN.

Also–I find it funny how some people are like “You can’t even understand her!” and then blast Desiigner on their overpriced Beats headphones.

For a bevy of reasons, I’m glad YG made this song

Too often do I see people using gang slang, flashing crew symbols, and wearing “Compton” or “Crenshaw” clothes without the slightest clue of how serious gang violence is in certain areas.

Surprisingly (or not), YG is much nicer than I am when it comes to this issue. He’s doesn’t condemn any interloping from non-gang members, as long as they heed one simple warning: Don’t come to LA. 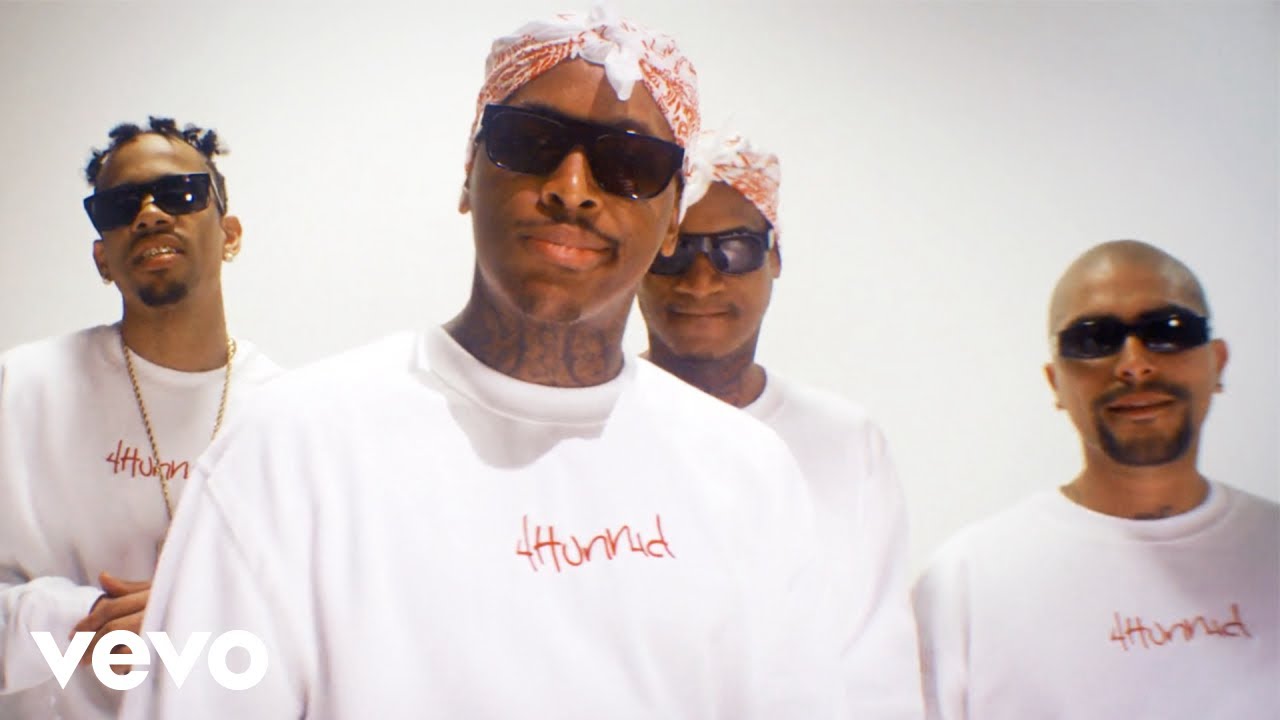 He’s saying this in hopes that people will listen and avoid a rude awakening.

The song is also a word to the wise towards other Rappers, who claim sets they’re clearly not a part of.

At the risk of posers watering down the Blood image, YG hints at what would happen should these rappers venture into LA limits.

…Okay, maybe it wasn’t a hint.

Admit it. You love this song. Or, at least, it grew on you this year.

In a sense, we needed this song during 2016. The year was so ridiculously filled with nonsense and implausibility that we needed a song even more nonsensical to serve as divertissement.

Lil Yachty is experiencing a lot of flack these days for how he’s helping “kill Hip-Hop”. While I agree that the song would have been equally enjoyable without his verse (maybe more), it’s not like the guy’s telling us to go kill our parents.

Much like the song, Yachty is just harmless fun. Don’t take it too personally.

“In the middle of the party, bitch get off me!”

5. I Took A Pill In Ibiza (Seeb Remix)– Mike Posner

The subject matter of this song is quite interesting. Hearing Posner open up about the double-edged sword that is stardom is a refreshing perspective.

However, it gets COMPLETELY overshadowed by the hypnotic beat.

As such, the lyrics probably could have been sung by a goat (or my ex–same difference) and the song would have been just as successful.

Nothing like a catchy-as-hell chorus to dominate a song about vulnerability, eh?

“Hear, for I will speak noble things, and from my lips will come what is right”

The above line is what the distorted choir singers say on the beat.

And boy were they right.

“No Problem” is another gesture in a long line of “fuck you”s Chance has given record labels recently.

It might also be the most clever yet, as the track features Lil Wayne and 2 Chainz–two “dread heads” from major labels.

The song serves as a warning to record executives who prevent Chance from working with other rappers under contract.

Seeing how successful the song was despite the lack of label backing, they should probably listen.

I love Yo Gotti.

He’s as accessibly subversive as you can find in Hip-Hop today.

“Down In the DM” was a good song (with a GREAT music video), but it sacrificed most didactic potential in favor of being catchy…and eventually annoying.

I learned more from “Law” in 4 minutes than I ever have from my own father *tear*.

But what really made False Prophets work for me wasn’t the fact that Cole retells his relationship with West, but how he also echos the same sentiments that practically every Kanye West fan has been feeling recently.

However, his chronicling of Yeezy’s downfall doesn’t carry an overwhelming sense of anger, but what we all feel when a hero lets us down: melancholic disappointment.

This isn’t really a song that we say “Fuck Kanye!” to, but one that just has us shaking our heads slowly, whispering “Damn”.

And J. Cole is right there with us–exemplifying the relatability that has made him a modern superstar….and helped him go double platinum with no features.

When it comes to this song’s beat, there is no such thing as “too loud”. It paces the verses excellently, allowing every bar to fully sink in before the next.

With his sight set on his haters, YG comes out swinging:

“I thought they love you when you make it, this some other shit” & “Heard you talkin’ ’bout I’m real, I’m fraud/Your kids and broad, they straight, you shouldn’t care at all” Again, I have a nitpicky issue with Drake’s verse: “On mamas, man, I did it with my own sound”. Too $hort and Rappin’ 4-Tay beg to differ, you siphoning asshole.

Although up-and-coming Oakland native Kamaiyah’s role is limited, her inclusion at all points to YG’s altruistic knack with exposing new artists (like with RJ).

That said, she delivered a line that I’ll be repeating long after the 2017 ball drops:

“Please, please tell me why you always hatin’?