I saw the movie “Parasite” recently and can’t stop thinking about it and how its themes resonated so well with me.

What I really appreciate about foreign films (in this case a South Korean Black Comedy) gaining traction in the West is they’re usually on the “artsy” side.

You know what I mean—instead of huge set pieces and bombastic plots, these are the types of films that are a bit more clever and subtle with their symbolism.

These are films that stretch down to something fundamental about your worldview in a way that’s so methodical that you don’t quite realize why you’re so moved while watching it.

That’s exactly how I felt with “Parasite”.

I couldn’t quite put my finger on it at first, but after really pondering the film for a few days now, I think I have a good grasp on what its themes are, how they’re communicated, and why I’m still thinking about it long after the credits have stopped rolling.

So here’s what I’ve come up with:

At its core, Parasite is a moving portrait of socioeconomic differences.

The Kim family lives in a basement apartment in Seoul.

To give some historical background on this, basement apartments were never meant to be regularly inhabited. Rather, they were originally bunkers created out of anxieties of a North Korean/South Korean conflict.

As the South Korean population grew and housing options became limited, these bunkers were eventually converted into low income apartments. Keeping pace with the historical trend of “high up = good, underground = bad”, these basement apartments were reserved for the lowest class in Seoul. The Park family, as an obvious contrast, reside in a trendy mansion created by a famous designer.

These are two dimensions of people who never communicate on anything more than a transactional level, which is why the makes the plot of socioeconomic infiltration so intriguing.

It’s also what makes it so funny. After all, this is a Black Comedy, and a lot of the humor comes from the dramatic irony of the Park family willingly allowing the impoverished Kim’s into their home and being able to connect with them on a fundamental level.

Physical levels and their associated conduct 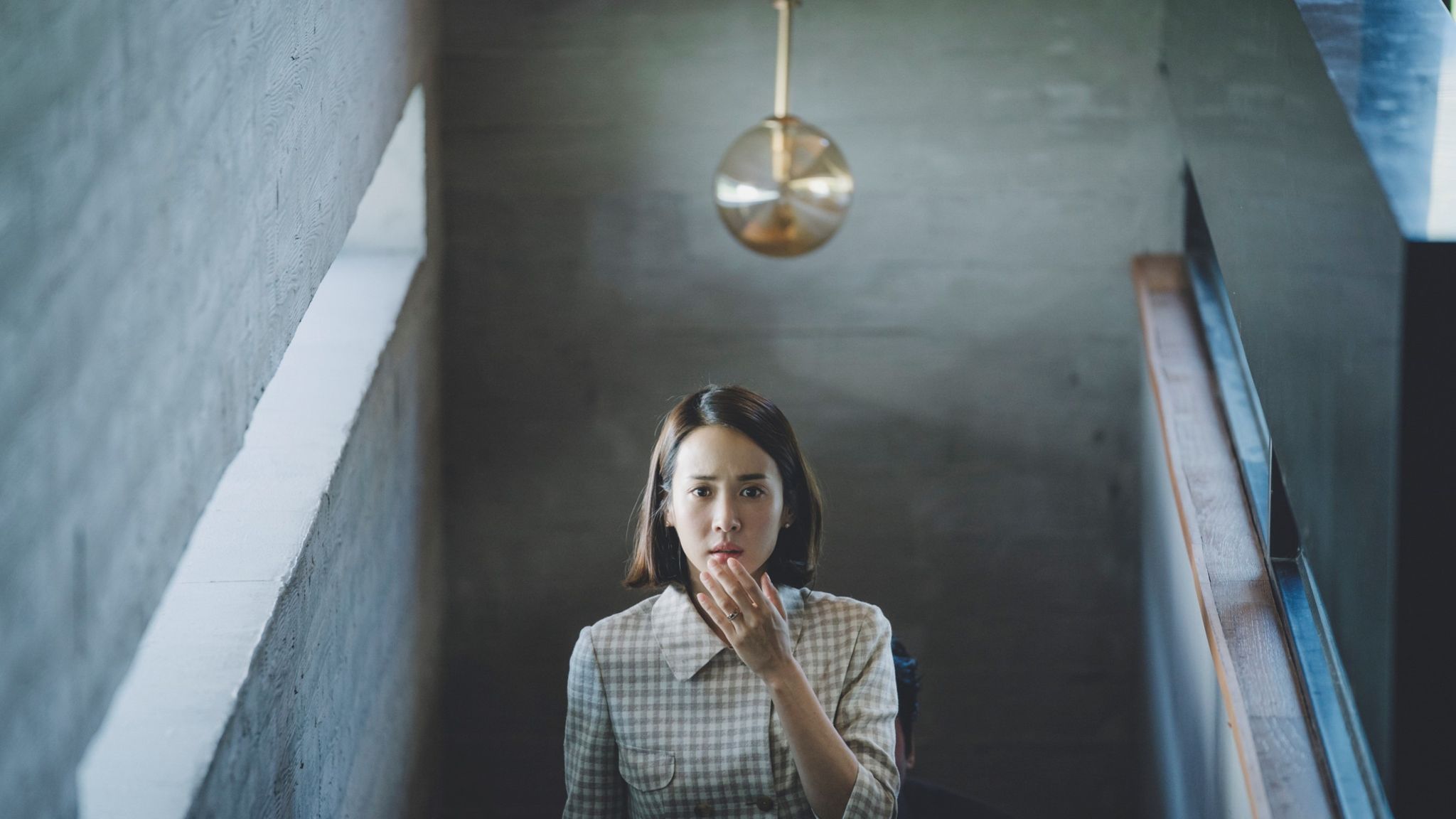 A HUGE (capitalized for emphasis) aspect of how Parasite communicates its class-related theme so well is how the film uses levels to encapsulate societal castes and their associated stereotypes.

The film starts in (and continuously revisits) an underground setting to establish where in society the Kim’s inhabit.

This is continued as the plot progresses down to the bunker of the Park house. The scenes that take place down there are raw, savage, and violent.

Both the Kim residence and Park bunker represent what is expected of the lower-class.

The Park children both have their rooms upstairs. When the Kim siblings go up to conduct their lessons, they don the costumes of the upper class. They are both literally and figuratively ascending up the stairs of high society, and thus act accordingly: refined, patient, and composed. 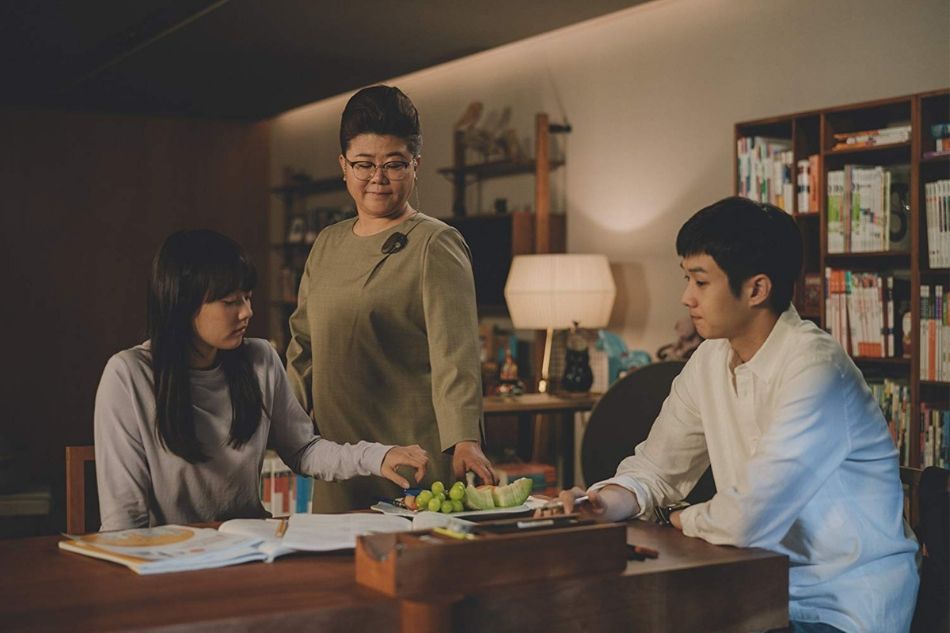 The ground floor of the Park house represents the clash of the two classes. Most interactions with Mr. And Mrs. Park take place in the living room and kitchen areas. This also happens to be where most of the humorous scenes take place—a byproduct of high/low societal interactions.

It’s also where the tensions come to a head—evidenced by the birthday party scene.

Levels are used quite a bit throughout Parasite in less obvious ways.

The most salient example is when both Ki-jeong and Ki-Woo (“Kevin”) are hiding from the Park’s at night. They are both hiding underneath something—a desk and a bed, respectively. While they fear for their lives in paranoid silence, the Parks are indulging in leisurely activities, completely unaware of what their poorer counterparts are struggling with.

Ignorance to the lower class

I’ve talked a bit about the direct interactions between the high and low class characters in Parasite, but what’s just as important is the lack of interaction—or rather, the lack of acknowledgment from one to the other.

Not only are the Parks completely unaware of the Kim’s identities and poverty, but they’re equally oblivious to a poor married couple living below that.

Now, say that to yourself slowly: the Parks are completely unaware of the people living below them.

From both a literal and metaphorical perspective, that’s about as symbolic as a film can be without being tasteless.

I don’t think I need to say much more besides that, but this lack of acknowledgment is really important to understanding Mr. Kim’s actions during the climax.

His daughter has been stabbed, his son has been knocked out, and his wife is being attacked by a madman. In this moment, his mind is racing with how his own failures have led to this situation.

In this moment of despair, Mr. Park, whom he had thought to have had a sense of friendship by now, completely ignores the Mr. Kim’s slain family and demands that he drives his son to the hospital.

After realizing that Mr. Park doesn’t even see him or his family as human, Mr. Kim snaps and performs one of the most unsettlingly satisfying murders that you’ll see in a film. 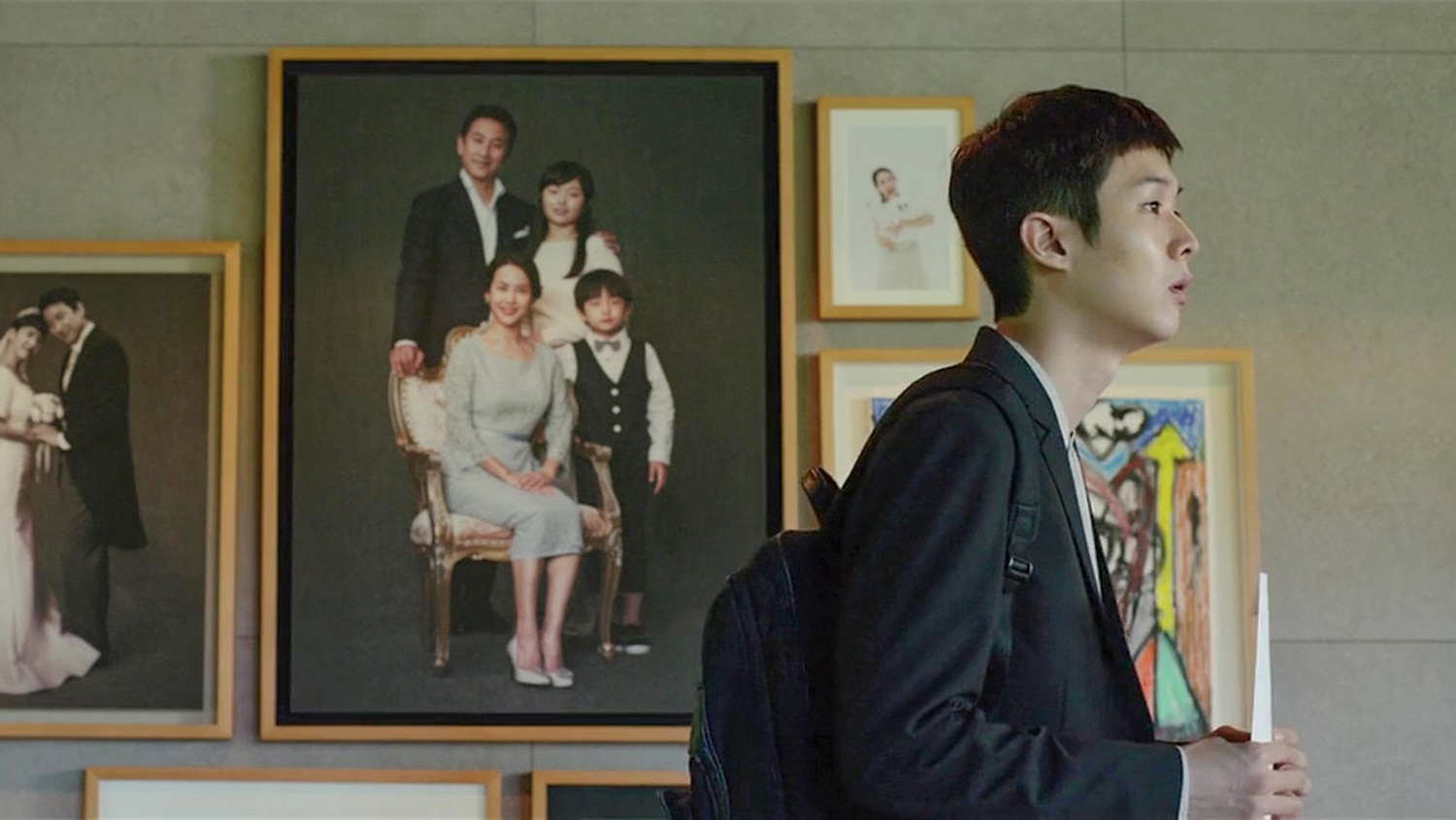 “Kevin” ambitions both before and after the plot gets going is what I found most touching in Parasite.

When receiving the forged Yonsei acceptance letter, he promises to one day attain a real one.

After the events of the birthday party take place, and with his father banished to the underground, he vows to be successful in life in order to reunite his family.

Kevin understands that relying on the upper-class (like a parasite would) is not how one attains freedom. Rather, he needs to become part of the upper-class in order to literally save his father from an underground life.

This represents the burden that a lot of people who grew up poor carry. There’s a sense of duty to be successful in order to give both their parents and future children a better life.

It’s a beautiful coda to a chaotic film, and gives a satisfyingly optimistic payoff to a rollercoaster of a plot because so many people can relate to it.

I keep thinking about this movie because, when you strip it down to its core, it’s a film about a child’s motivation to make his way in the world.

I think anyone, regardless of what country they’re from, can relate to that.

That’s why this movie is so universally acclaimed.

Okay, I’m all written out.