During these unprecedented times, a variety of archetypes tend to emerge. This is not an exhaustive list nor are they mutually exclusive. 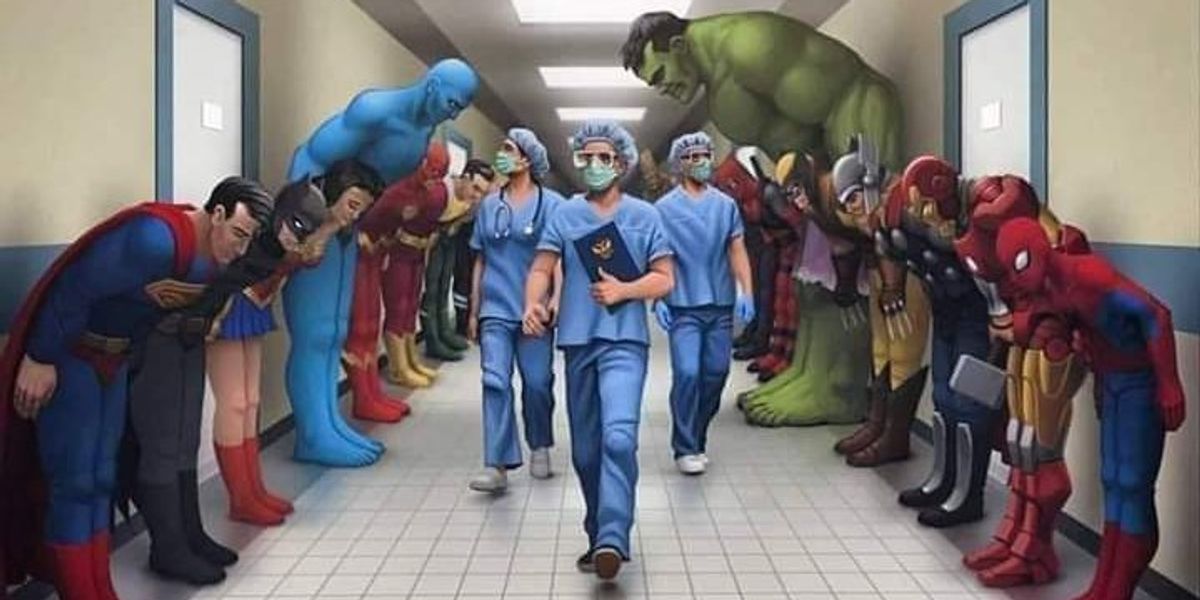 First and foremost, we’d like to say thank you to all of the extraordinary people out there working to provide healthcare, food, water, and other essential services to the people of the planet.

This group is not only essential for the wellbeing of humanity, but also serves as an important focal point for limitless virtue signaling.

These are those whose personal brand is tied to moral benevolence, including otherwise socially ambivalent companies who can now signal that they’re empathetic and truly give a damn about something other than their bottom line by playing uplifting and moving advertisements on loop. 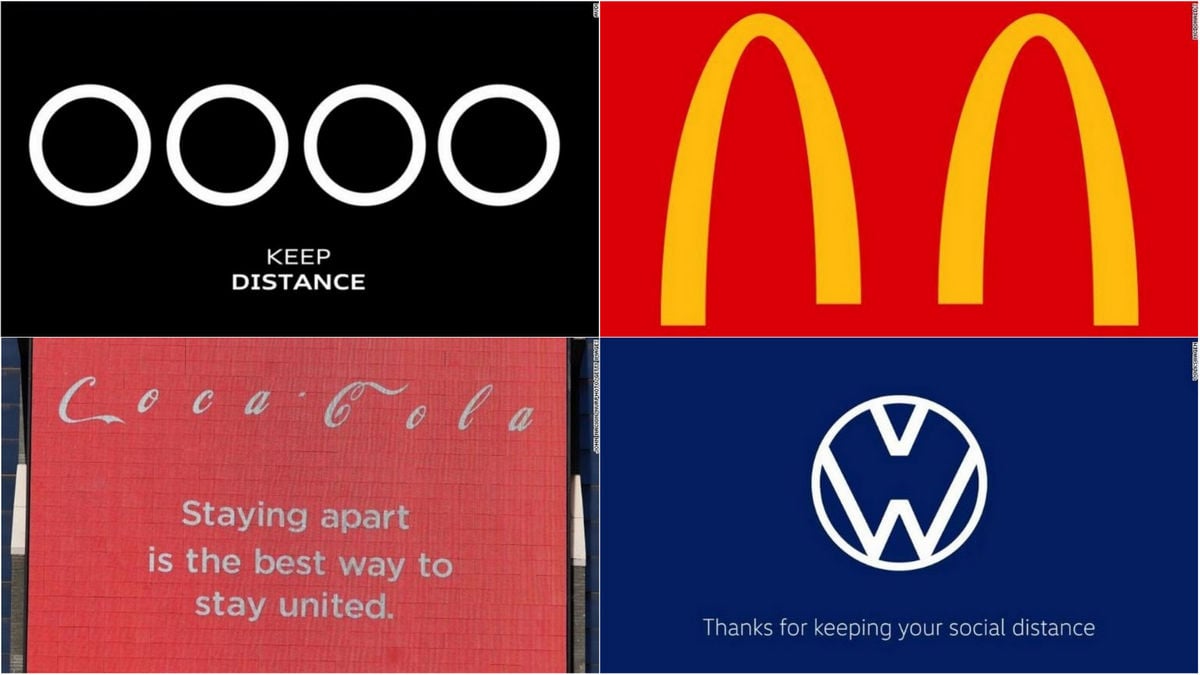 Disney is still an evil overlord no matter how many heartfelt sing-alongs they produce.

Dear Toyota, I highly doubt that many people actually need to be out car shopping right now, but thank you for your self-righteous TV ads. They don’t trust the government, they don’t trust doctors, all they trust is their guns and non-perishable food supply. They likely have been slowly converting their house into a makeshift doomsday bunker and they look down on you for not doing the same. 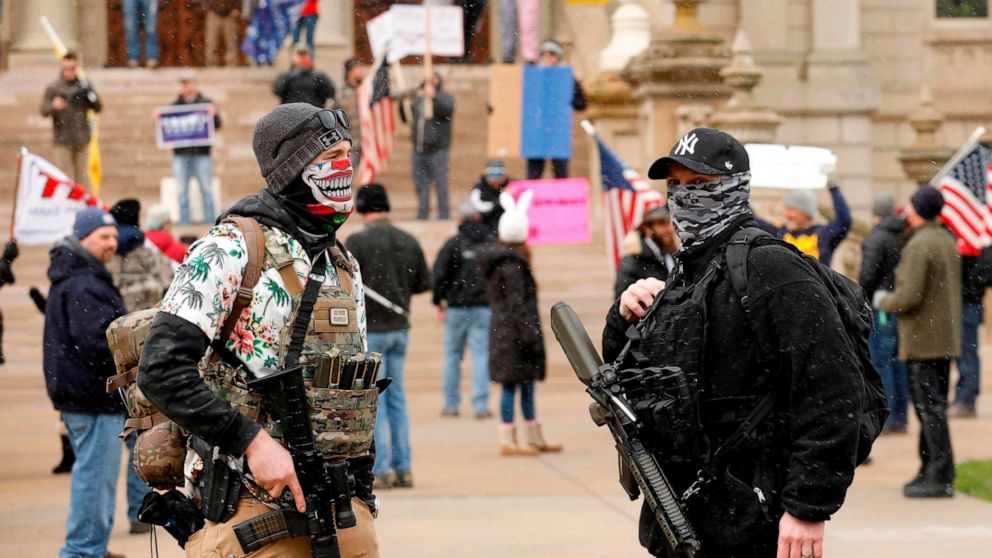 Proudly libertarian. I just find it funny how these people have spent their entire lives preparing to be locked in their homes and now a couple weeks into a shelter in place order they’re in the streets protesting that they can’t go to their hairdresser.

If not this very moment, then what the hell have you been preparing for? A ski trip? 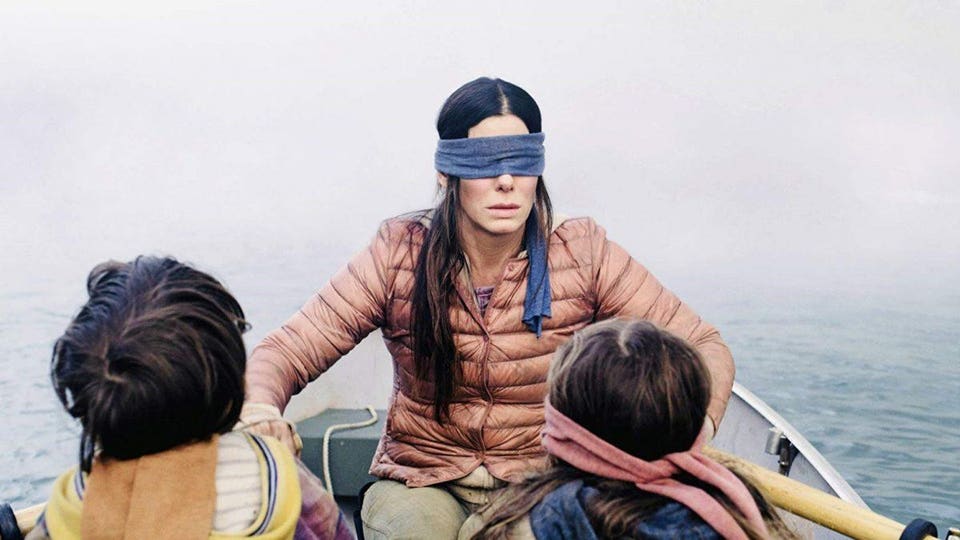 Disbelievers. These people are actually just your run of the mill contrarians wrapped in thinly veiled concern for the truth. The United Nations is wrong, the press is wrong, the scientists and the economists are all wrong for different reasons.  Like damn Jan, maybe you should be on the President’s task force. 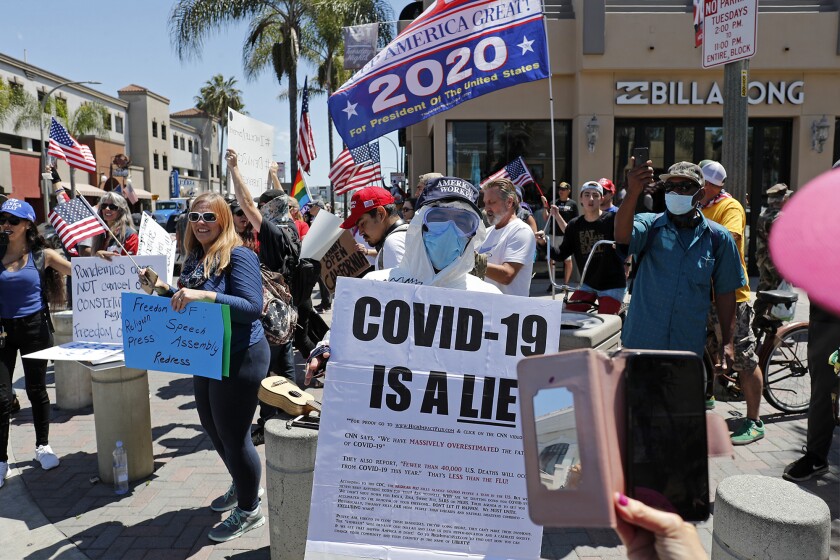 Sure Todd, the hundreds of people crying on television are all crisis actors paid for by George Soros–who apparently has nothing better to do than troll middle America.

These people spurt out quotes from Machiavelli and have a copy of The Art of War on their glass coffee table. These are the people who have tricked themselves into thinking that their financial prowess as an entry level account executive at a tech startup guarantees that they’ll be chosen for the arc should humanity ever need one. 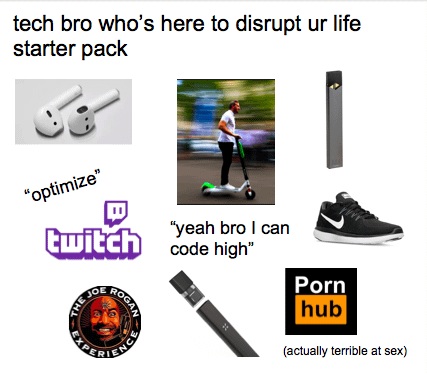 They advocate for ruthless policies even though they will likely be negatively affected by them. They pretend to be willing to #DieForTheDow and blame systemic poverty on a lack of work ethic.

Chad, I promise you that participation trophies have nothing to do with the fact that 50% of Americans live at or near the poverty level. 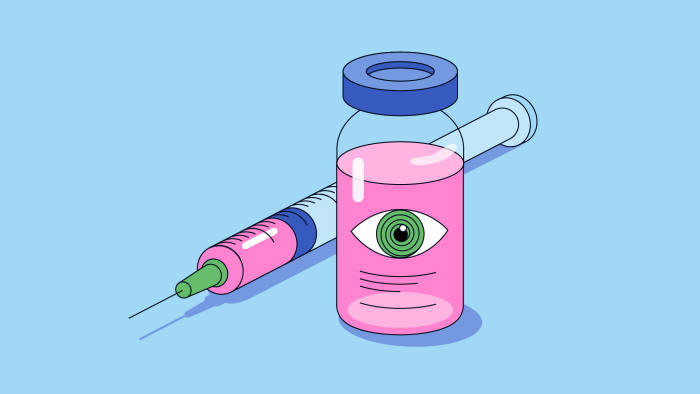 The major difference between the conspiracy theorist and the doomsday prepper is that the latter is about action and the former just likes to talk in order to appear knowledgeable.

Now sprinkle in some words like “FEMA camps” and “martial law” and you got your theorists. 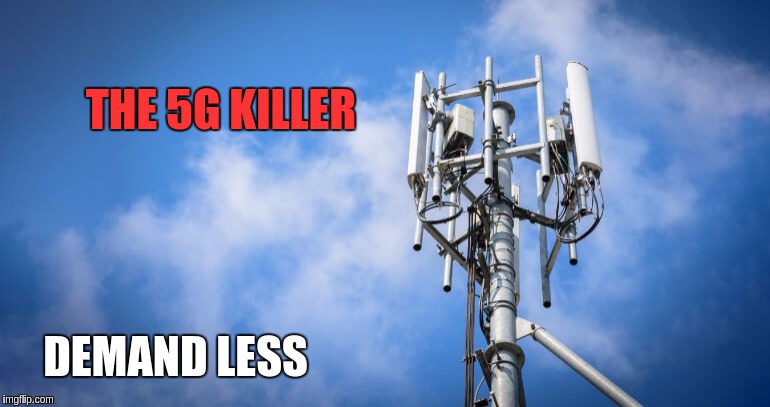 So you’re telling me that millions of government workers, and the press are suppressing information on 5G, vaccines, and Bill Gates yet SOMEHOW the furloughed employee at PetCo with a YouTube channel has the full scoop?

You know what, let’s just say that all the conspiracies are true, and the illuminati are behind it all: what EXACTLY are YOU going to do about it? 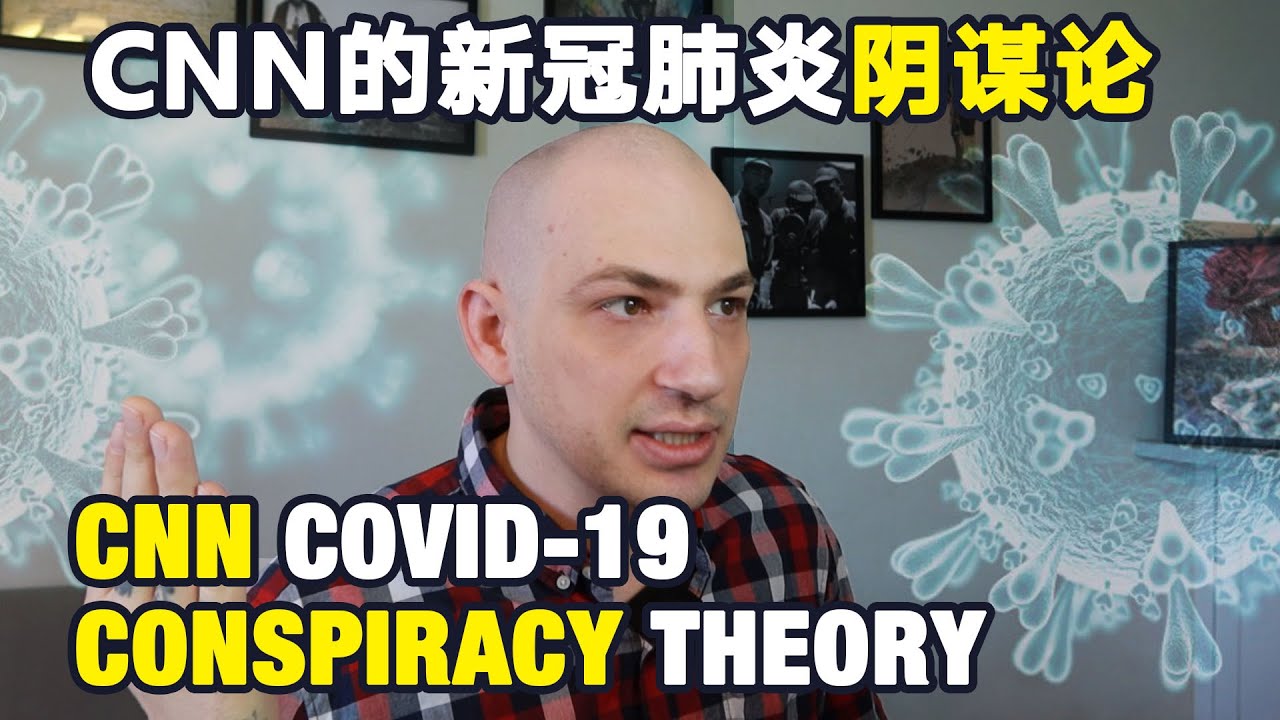 The whole government, the federal reserve, the healthcare system and the United Nations is being run by a shadow government of Rothschilds and black celebrities and you, your YouTube channel, and a couple thousand people are going to upend this entire system?

These are the people who go around the internet and jump into threads in an effort to “heal the country”. They think that we need to unite against this great threat, that no one bears sole responsibility, and that now is not the time for partisanship “from either side”. 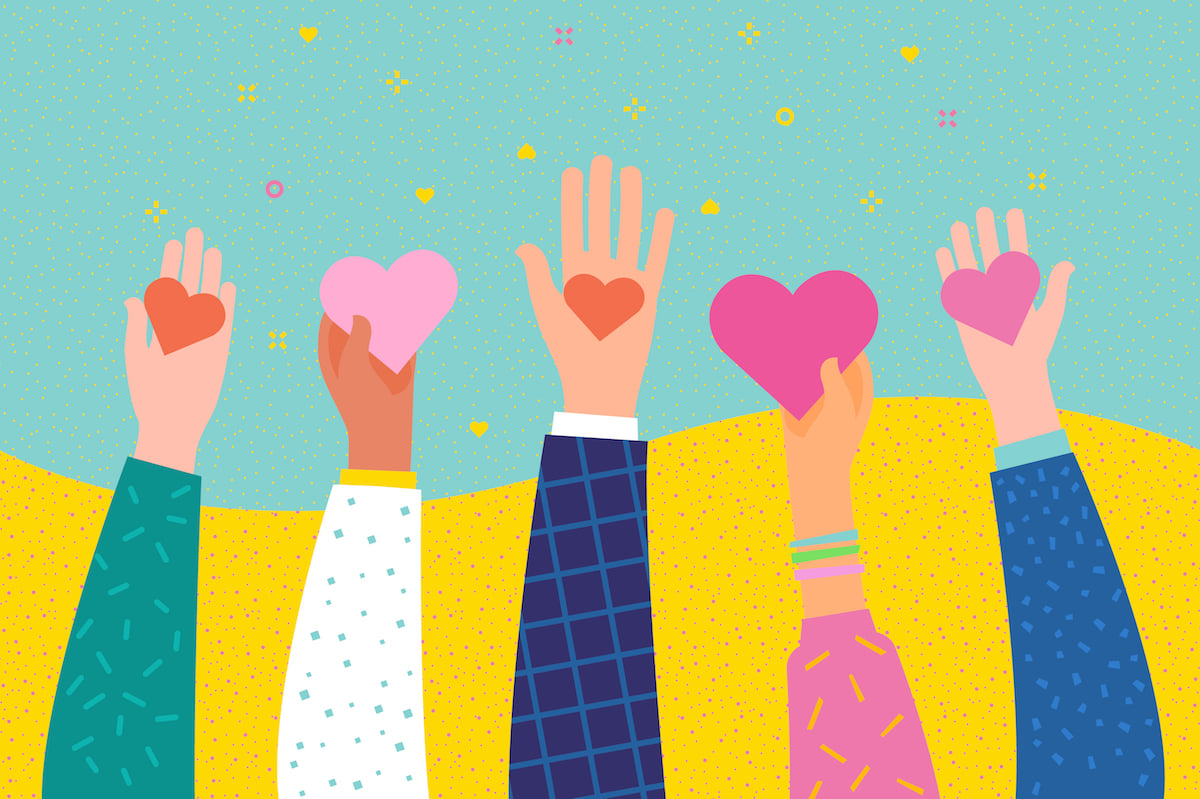 These people draw false moral equivalence between groups and basically give an “all opinions matter” approach to maintaining order. 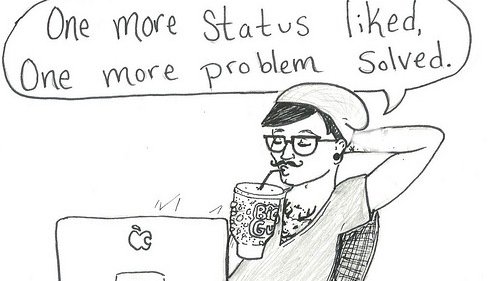 But yes Ted, you’re absolutely right, the opinion of that kid with his GED is equally as important as the Doctor from Johns Hopkins or the professor of economics at Oxford. His ignorance should not be weighted the same as her knowledge.

The only place where opinions are held equal is the voting booth. 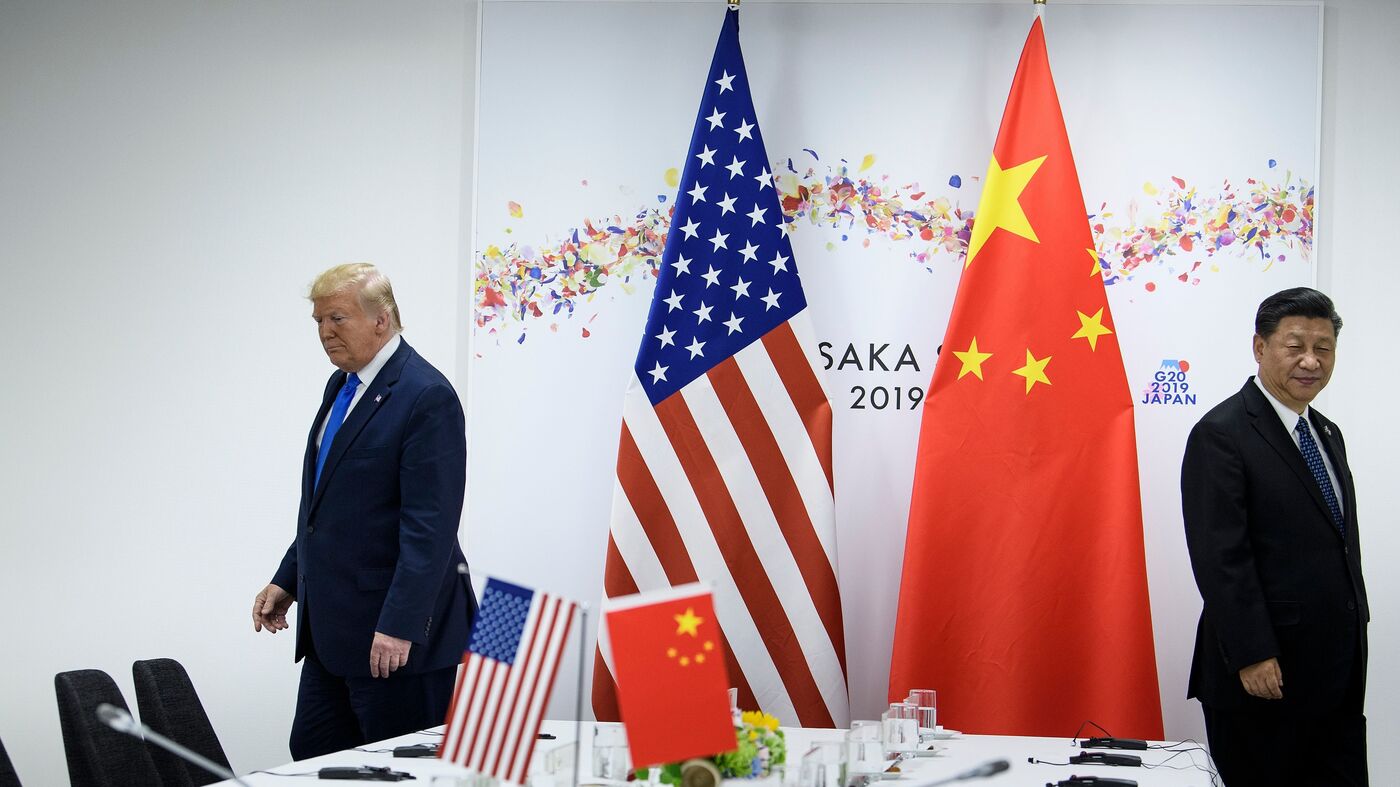 But what about China? Have you seen what’s happening in Italy? At least we aren’t Spain.

These people will continually bring up other nations as if that in any way changes how we should view ourselves. Comparing yourself against other people doing worse than you is a rapid race to the bottom. 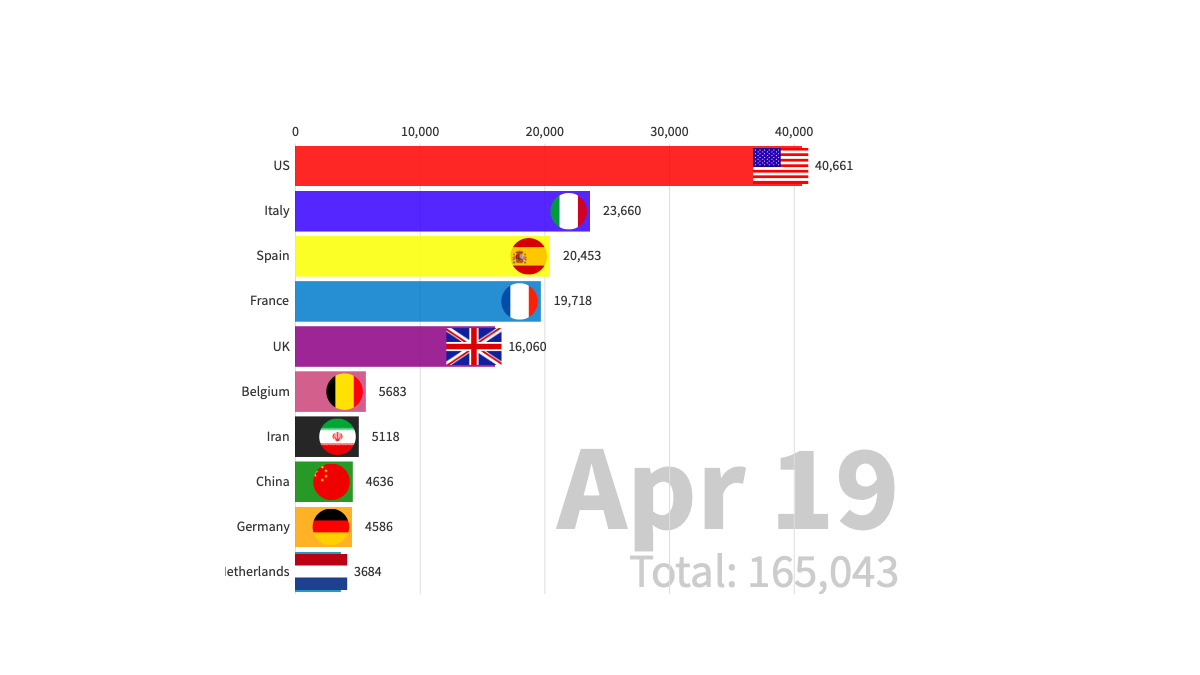 These people use red herrings, and straw men to deflect away from the facts. Success is not the comparative absence of failure, but the triumph over it.

Funny how a crisis makes everyone just magically forget all of the stuff they’ve been spewing. My dear capitalists, how quickly have you forgotten about “the dangers of socialism”, that the government giving away free money will turn us into Venezuela overnight, and how the free market should decide the fate of companies.

The free market would have decimated American industry far worse without government intervention. If pure capitalism is so star spangled awesome then why does it need to be bailed out every ten years? 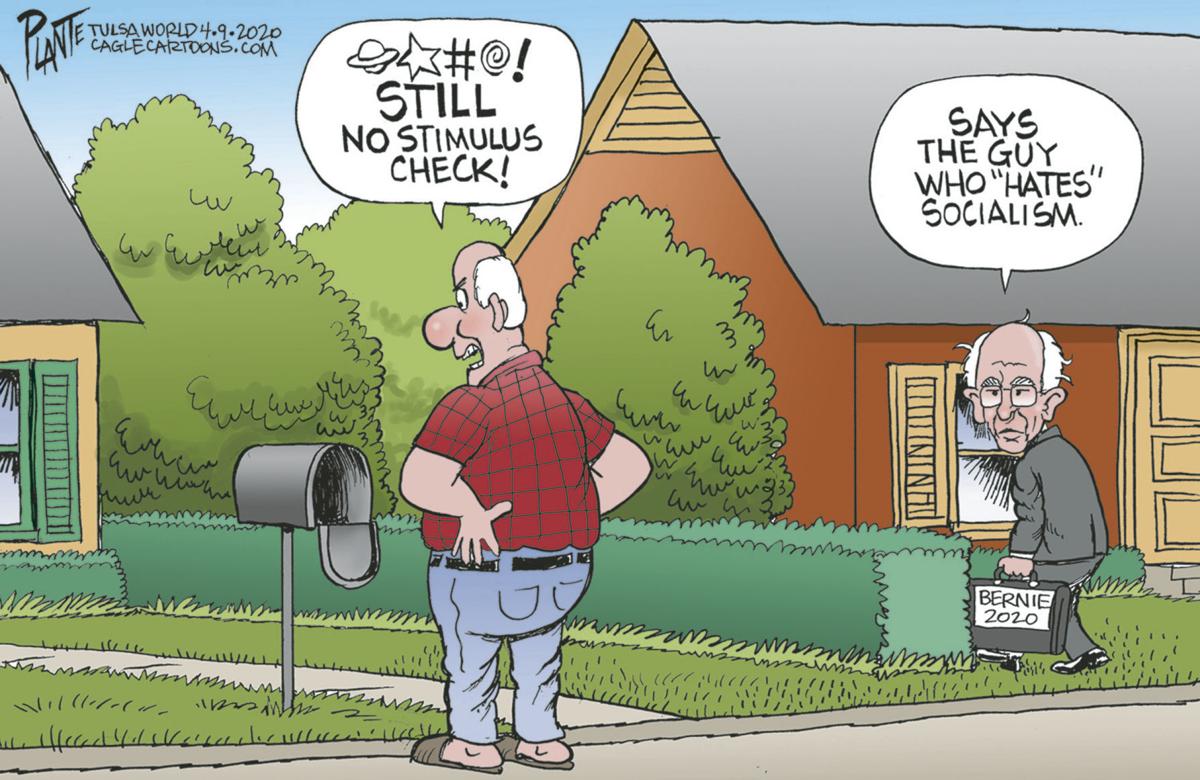 I’ve never heard such a clatter as Republicans demanding free money from the government. Hell, American farms are only meeting our production quotas because undocumented immigrants have decided to still work in lieu of the crisis, I guess they are essential after all.

Republicans, you’ve slandered everyone from Trayvon Martin to Colin Kaepernick because people should respect law enforcement and now you’re storming government buildings with guns and spitting at cops. 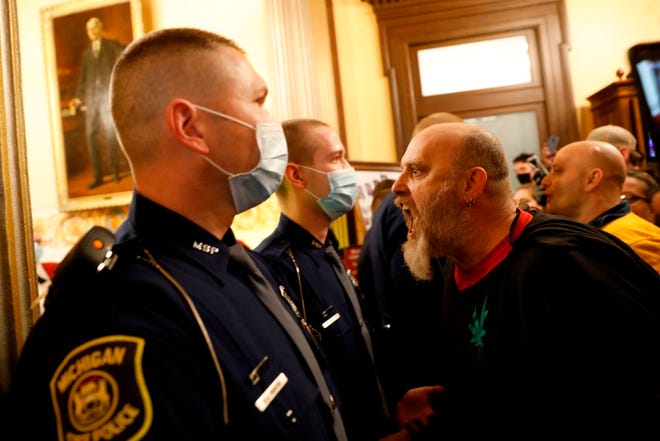 And progressives, how quickly did y’all abandon your canvas bags and double down on using plastic bags and disposable products, isn’t there some massive garbage island you’re concerned about?

You’ve been yelling about organic food and vegan dishes since the beginning of time, so now that is ALL I want to see in your shopping cart. 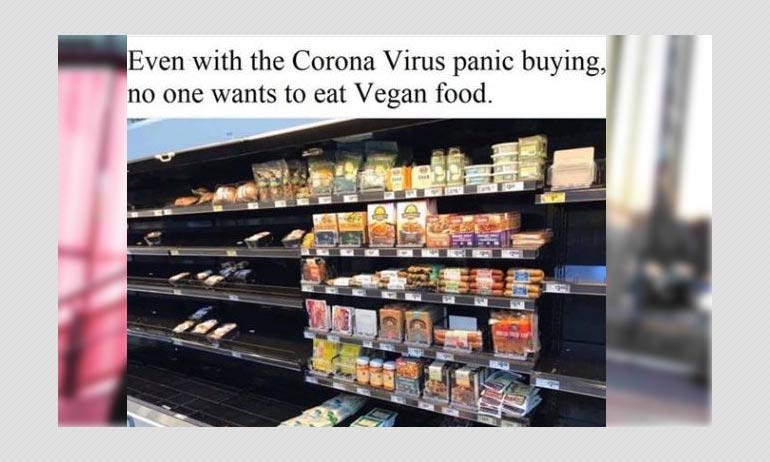 Also, you’re not allowed in a gun store or to shelter in place with anyone who has more than a single handgun. Unless all of those standpoints are now meaningless? 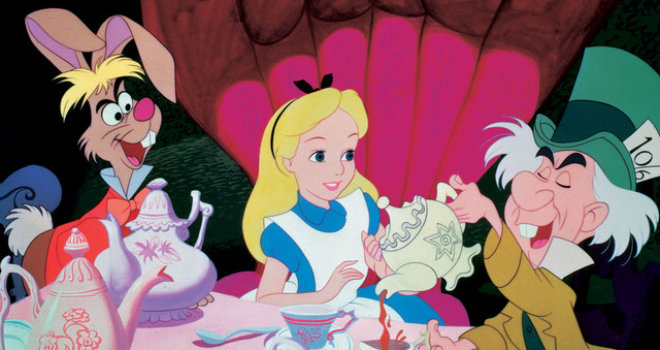 This person just has no concept of reality and believes literally everything. Engage at your own risk with an abundance of caution. 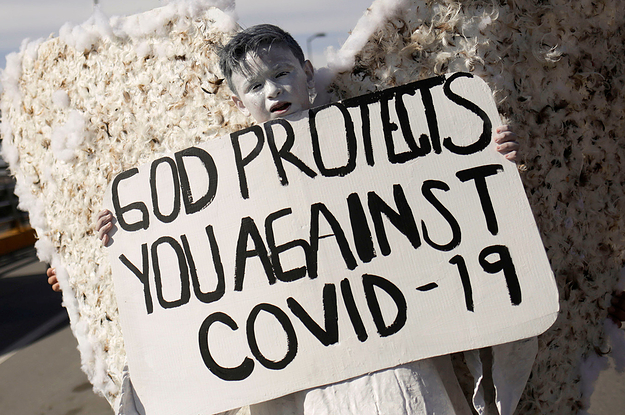 I have no qualms with spirituality, but the only thing organized religion has ever solved is a way to control the masses and an effective means of tax evasion (looking at you Kanye).

I get that spiritual communion with dozens of strangers may make people feel better, but like, is that really “pro-life”?. 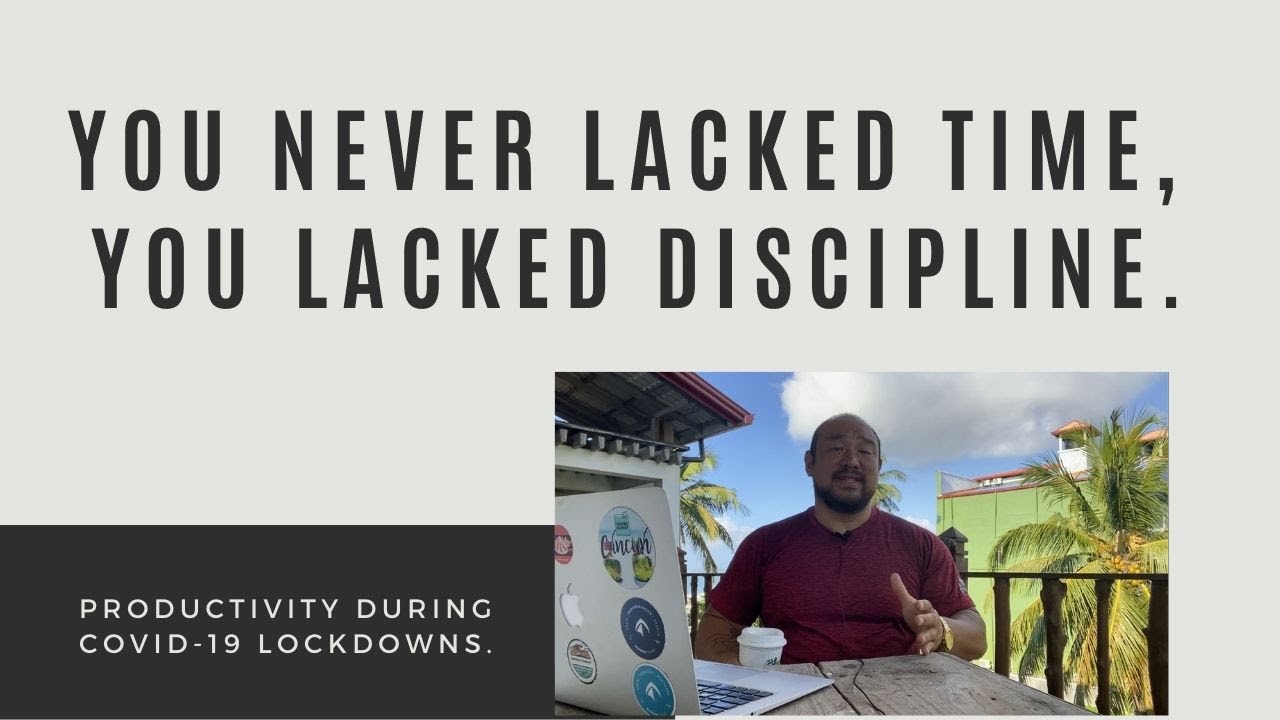 Although these people are most prominent on Twitter, they are present everywhere.

These are the people who use every waking breath to tell people that with this spare time they need to get their lives together and open an LLC (as if there are no other corporate structures in existence). 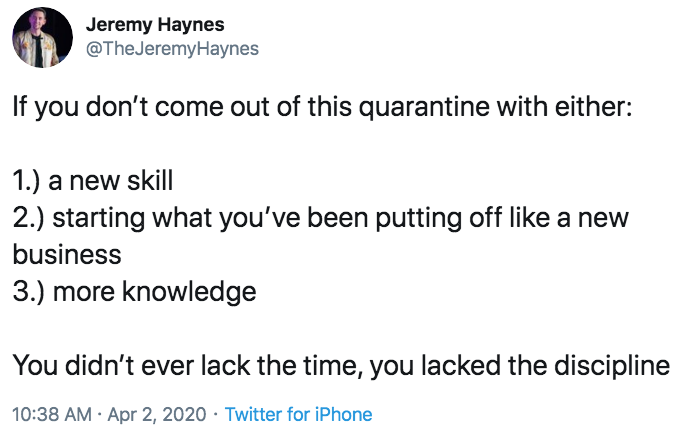 This is the same group who are telling you to learn a new skill, take this time to better yourself and become indispensable at work, take the stimulus check and start a business/side hustle (as if you don’t have enough bills as it is) etc. 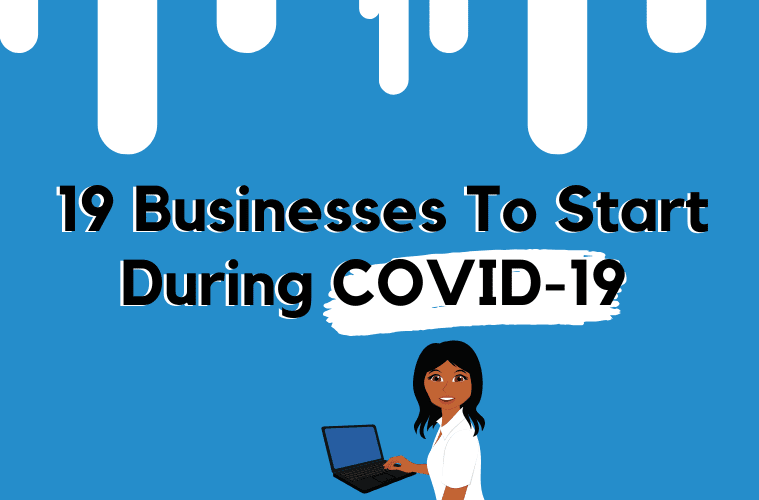 Spend your time in isolation however you choose.

These people are found on both sides of the aisle.

There are over two BILLION people on Facebook and you’re getting worked up over a stranger (who’s probably a bot or troll). 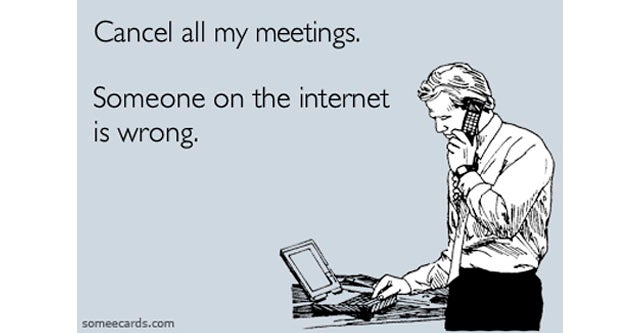 Liberals, you really have that much free time that you’re explaining facts and data to someone that you believe doesn’t understand facts or data.

You’re going out of your way to educate people who you claim to lack the ability to learn anything.

Republicans, you’re spending countless hours online venting about how the left doesn’t care about the country.

You constantly post about how the left is making things political while CONSTANTLY sharing anti-liberal memes.

What’s the point of even arguing? Everyone has chosen their sides and believes the other side is full of lost causes.

Your data is biased, the words are pointless and the aggression is futile.

One Reply to “The 13 Archetypes in a National Crisis”