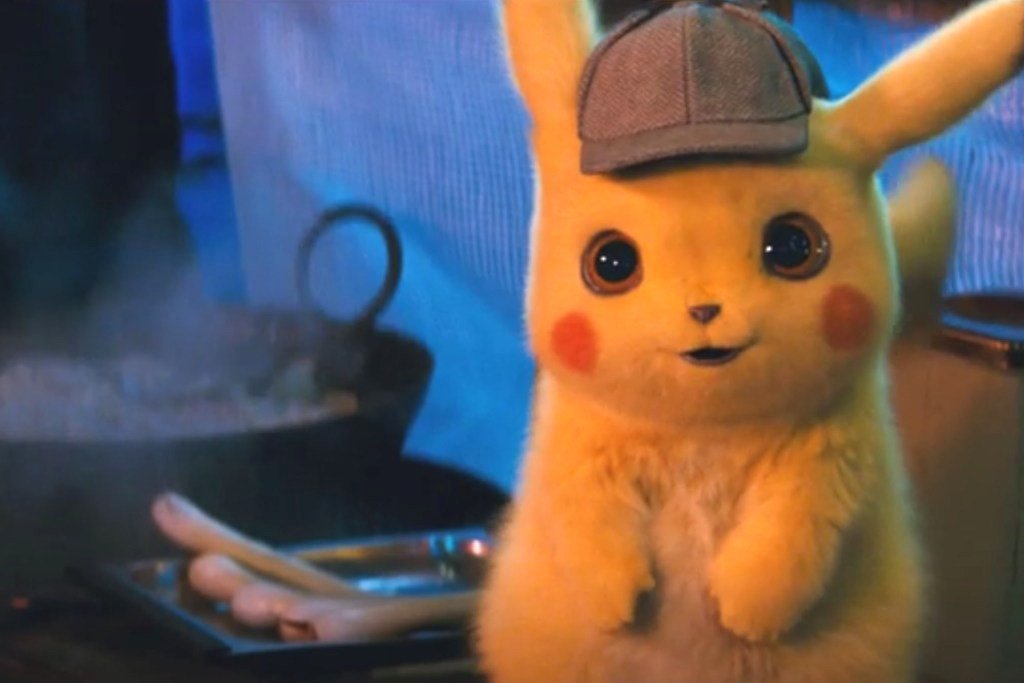 As some of you might have seen by now, a trailer for the new live-action Pokemon movie, titled Detective Pikachu, was just released.

The reaction so far can generally be summed up in one word: “…whet?”

Seriously, though. If we told our child selves that there would someday be a live-action Pokemon movie with a Black(ish) protagonist and a talking Pikachu voiced by the guy who fucking played Van Wilder, we’d say that concept was…Farfetch’d.

Get it….because Farfetch’d is a Pokemon, and farfetched means… 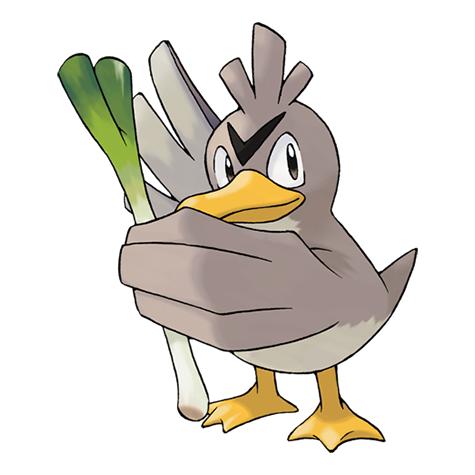 N-ee-way, the trailer dropped yesterday and everyone seems to be equal parts intrigued and bewildered.

After all, the thought of a live-action Pokemon movie has always been in the back of our minds. It’s just that we never imagined that a studio would have both the willingness and ability to pull it off.

And yet, here we are.

So, now that I’ve seen the trailer a few times, I guess it’s time to share what I think of it:

WHAT I THINK OF IT

I think the trailer was equal parts amusing and annoying.

On one hand, I was pleasantly surprised to see that the movie’s already on the right track in some respects.

I thought the promotional posters of Pokemon battles (Articuno vs. Steelix) and league championships (Sinnoh) was a nice touch, and very reminiscent of the world that the Pokemon Anime exists in, where battles are a kind of spectator sport.

I liked the few shots of Pokemon displaying their iconic aspects, like Jigglypuff lulling a guy to sleep and Mr. Mime…uh, miming.

Whoa, there’s no squiggly line under “miming”, so I guess that’s actually a word. Cool. Moving on…

I actually am not bothered at all by the physical appearance of the Pokemon, which is surprising to me because I fully expected to be.

A lot of people have offense to their texture, but I think their design strikes a great balance between being recognizable and believable in the live-action world.

Like, what did you expect? Roger Rabbit? Shut up.

However, while there were definitely things that I found exciting (or at least interesting), there’s a few things that really bothered me:

I’m just going to get this first one out of the way: I’m getting really tired of Ryan Reynolds.

Now don’t get me wrong– I love Ryan Reynolds. I think he did a great job as Deadpool, and has a rather unique presence that works for him in certain settings.

But he’s starting to suffer from the same thing that Eddie Murphy did in the 2000s, where he’s cast in SO MANY roles that he gets played out and essentially ends up playing the same character in every film.

I also was confused by how they decided to model the narrative after the Detective Pikachu game. I get that Detective Pikachu is probably the most linear of Pokemon games when it comes to storyline, but I’m pretty sure that only 30 people in the entire world played that game so they could have easily gotten away with creating an original story.

It’s not like anyone is going to watch this movie and say “oh, I LOVED this part of the game!” because nobody played the game, so what’s the point?

At the end of the day, though, these are just two preliminary nitpicks. I have no clue how good the movie is going to actually be, so there’s no real use in giving an opinion at this point.

HOWEVER, the main issue I have with the trailer (so far) is something independent of the finished product’s quality, since it embodies a greater issue that I have with Pokemon’s contemporary popularity…

THE GREATER ISSUE WITH POKEMON’S POPULARITY The greater issue with modern Pokemon popularity is what i’m going to call “Retroactive Fandom”.

Retroactive Fandom is what I used to describe when someone is only ever a true fan of something in hindsight.

Maybe it was just something that was really popular when they were kids. Maybe they just dabbled in briefly before moving on.

Whatever it is, their brain has somehow convinced them that it was a quintessential component to their childhood and who they are today.

But it wasn’t, and they’re just being fucking phonies because nostalgia is like a drug that our generation can’t break its addiction to.

Perhaps the single greatest example of RF in action that I’ve seen in a long time was the craze around Pokemon Go.

Everyone and their mothers (literally) were doing backflips and singing songs about how much they loved Pokemon and how happy they were that a cornerstone of their childhood had been “revived”.

I’m asking because I’ve been a hardcore Pokemon fan for most of my life, and very clearly remember a solid ten years (at least) when being a Pokemon fan was considered really fucking lame.

In the US, Pokemon was a craze that came and went within a three-year span, in a similar fashion to Razor Scooters and Yu-Gi-Oh!

From 1999 to around 2001, Pokemon was on top of the world. But once the Gold & Silver era came to a close, the hype died down and the masses pretty much moved on.

For those of us who stayed in the fandom and continued to follow the franchise, life was far from glamorous.

Throughout most of my life, I was made fun of for being a Pokemon fan by friends, family, classmates, teammates, and just about anyone else I encountered.

One time in college, I had been flirting with this girl in a lecture class for a few days, and I brought up how I was playing through Pokemon White at the time.

She never talked to me again. I’m not making this up.

After 2001, it was NEVER cool to be a Pokemon fan, but Pokemon Go’s release had the same people who ridiculed us suddenly coming out of the woodwork and talking about “my childhood this” and “my childhood that”.

This might just sound like everyday nerd rage, and that’s because it is. But given that this is an article about a Detective Pikachu movie, this is probably as appropriate of a time to express this as ever.

Which leads me to my problem with the Detective Pikachu trailer:

THE PROBLEM WITH…eh, you get the joke by now

With only the trailer to base an impression on, it seems like this movie is pandering towards the Retroactive Fandom crowd.

A telltale sign of this (in anything Pokemon related) is the disproportionate amount of Generation 1 Pokemon. Just by looking at the trailer, I only saw 3 Pokemon who weren’t in Gen 1→ Emolga, Rufflet, and Greninja.

Greninja doesn’t really count, though, since I know most people recognize it from Super Smash Bros.

The others shows were all species that have been all over Pokemon marketing since the dawn of time→ Bulbasaur, Squirtle, Charizard, etc.

I get that they might have decided to feature these in the trailer because they’re all very recognizable, which would leave little doubt that this is a legit Pokemon movie.

My main fear, however, is that the movie will only feature super popular Pokemon, and try to appeal to as many RF people as possible.

Again, I know that this would be a very deliberate thing for the film studio to do. They want as many people as possible to see the movie, so they’re going to feature the lowest common denominators to draw people in. I know that the only purpose of this film is to make money, and that this is a smart way to do that. I’m not a complete idiot.

My problem is that this is pretty much how anything Pokemon-related operates today, and it casts aside a bunch of people who suffered through years of being considered losers while actually being critical to the franchise continuing.

BUT, this is only a trailer, after all. We’ll only know for sure once the actual movie comes out.

Detective Pikachu will hit theaters in May of 2019.